He was born on May 3, 1469 in Florence. His father was a lawyer, and he had two sisters and a brother. He was educated from a  young age. It is believed that he attended the University of Florence. He was named secretary of the second chancellery of the Florentine Republic. He wrote reports and letters, taking notes, and went on diplomatic business trips to Rome and France. In 1502 he married Marietta Corsini and together they had six children.

Since 1484, when the Medicis were removed from power, Florence had been ruled by a republican government. Inspired by Roman history, Niccolo helped organise citizen militia for the republic in 1510. In 1512 with the help of the spanish government the Medici's army regained control of Florence. Nicolo was suspected of plotting against the Medici’s and was removed from his role as chancellor, arrested, imprisoned, and tortured. He was wrongly accused of this. He was unable to get a job in the government, which was now run by the Medici’s, so he turned to writing.

He is most famous for The Prince, but he also wrote plays, biographical and historical sketches, and the Discourses on the Ten Books of Titus Livy. The Discourses was written in 1531 and was a work about the political history and philosophy of Rome. It shows his own political views, which are sometimes contradictory to what is found in The Prince.

Machiavelli wrote The Prince as a handbook for Giuliano de'Medici to gain his favor back and get a job. Unfortunately Giuliano died before it was finished and the book was dedicated to his son Lorenzo de Medici, who did not appreciate it. It was formally published posthumously, like Discourses on the Ten Books of Titus Livy, in 1532, but it was written in 1513. The Medici’s received a copy by 1516.

In The Prince Machiavelli begins with an address to Leonardo explaining that he is seeking favor with the Prince by offering him some knowledge. He then explain the different kinds of states and focuses on New states because they are the hardest for rulers to deal with. He gives the advice that a prince or ruler should try to rise to power on his own and with his own arms rather than relying on friends, allies or other’s armies because gaining power may be easier, but keeping it will be hard. Machiavelli devotes almost an entire chapter to Cesare Borgia, who rose to power through connections and his father's, Pope Alexander VI, help. He ruled Romagna with scheming skills and violent tactics. When his father died and a rival to the Borgia took over the position of Pope Cesare was overthrown. According to Machiavelli the only thing that he did wrong was rely too heavily on others.

Machiavelli says that rulers who rise to power through crime are immoral, but also says that cruelty can be justified if it is clever and well used. Reliance on mercenaries and auxiliaries is also a mistake. Mercenaries have no loyalty or pride for who they serve because it is just a job for them. A ruler must lay strong foundations of good laws and good arms. Without a good army good laws are irrelevant because no one would enforce them. The ruler should be the one to built the army and reader of military history to continually try to better the army.

Reputation is very important for rulers. A good ruler should put on whatever front necessary that will appeal to the people even if it is a lie. Machiavelli claims the better the liar, the better the ruler. The exception to this is giving out money. Machiavelli says it is  irresponsible to give out money just to appear generous. Showing a lot of mercy to gain popularity can also be fatal. According to him it is  better to be feared than to be loved and that it is moral for a ruler to do whatever it takes to gain and keep power.

At the end of his life He gained the favor of the Medici’s back. In 1520 he was commissioned to write a History of Florence by Cardinal Giulio de'Medici. It was finished in 1525 and presented to the Cardinal, who had since become Pope Clement VII. Machiavelli died on June 21, 1527, before he could regain his position with the Medici’s

This was the first book to be written on what government actually was rather than what it should be. He is considered the father of modern political science and today many political students study the Prince. He knew he would be in danger by the Medici's if he published The Prince while he was alive because it showed how they were misusing power, so he had it published after his death. The Prince was so accurate in its depiction of government that his name became an insult. The word Machiavellian used to describe someone who is dishonest, full deceptions, and crafty. Because of the Prince we have close glimpse into Politics in the Renaissance. 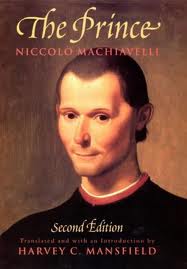 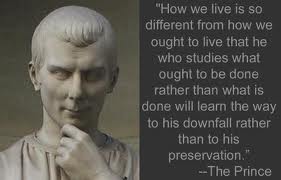