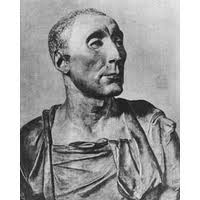 Donatello was born in Florence, Italy, in the year 1386. His birth name was Donato di Niccolò di Betto Bardi, but he was known as Donatello. Donatello was the son of Nicolò di Betto Bardi. He was an early Renaissance sculptor and artist. Donatello was a child of a member in the guild, Wool Combers in Florence, which is where he was educated. While growing up, he was educated in the house of the Martelli family, which is where he might've received some artistic training. He learned some of his artistic training by working in goldsmith shops and then by Lorenzo Ghiberti. It is said that he was a forerunner of Renaissance art. He was a realist and a humanist. Donatello specialized in sculpting rather than painting. Throughout his entire life, Donatello never married. He said that his whole life was dedicated to art. Donatello was one of the biggest artists during the Renaissance and influenced a lot of artists.  He died on December 3, 1466.

Donatello and Brunelleschi were good friends and Donatello went with him to Rome. Both of them worked on art and drawing. They learned a lot about the ancient city, which was important for the future growth of architecture during the Renaissance. During the time when Donatello was in Rome, he earned a living by working in a goldsmiths shop. When Donatello returned to Florence, he focused on sculpting. During the early 1400’s, he really began his career with sculpting and he worked with Lorenzo Ghiberti. Lorenzo taught Donatello some special ways to sculpt and some strategies that would later help Donatello in his career. The statues they worked on lead to the concept of realism. Realism is accepting things as they are, so it would be trying to sculpt or draw things as life-like as possible. They worked really hard on trying to express emotions throughout their works and making their work more realistic. Together they worked on the bronze doors of Florence’s Baptistery.

One of the big things in his early career was that he had to make multiple statues in front of the Florence Cathedral. Once people saw these statues that Donatello made, people began to notice his amazing talent. Soon, people wanted more of his works. His works were different than other artists during this time period. Donatello used more of a realistic approach instead of the gothic style other artists were using. One of his greatest talents was that he could display emotion really well throughout all of his pieces. During his time period, works of art and literature were paid by wealthy merchants and families, such as the Medici family. Patrons found Donatello hard to deal and work with.


He lead and inspired other artists to try different sculpting techniques and explore other branches of art, instead of the gothic style that was used most commonly. During his art career, he made the first bronze statue. This caused other sculptors to branch out and try new ideas. Donatello invented the shallow relief technique, which means the sculpture is made to look deep, but it is actually done on a shallow plane. Today, people see Donatello's work as a bridge between classic to modern art. Also, Donatello still inspires and influences a lot of artists today. He's considered the founder of modern sculpture, because he made the sculptures look realistic and really brought them to life. This caused others to follow along in Donatello's footsteps and make sculptures look real and show emotion. 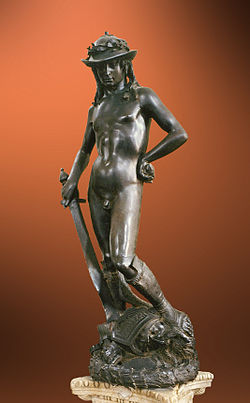 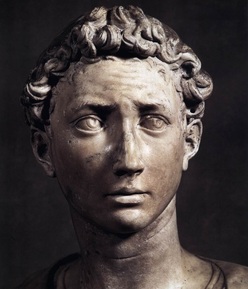 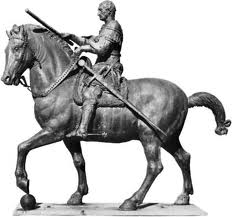